at the Guildhall School of Music & Drama

The Cosman Keller Art & Music Trust began supporting the Chamber Fellowships at the Guildhall School of Music & Drama, in memory of Hans Keller, in September 2021.

After his retirement from the BBC in 1979, Hans Keller taught at the Guildhall School for several years, primarily coaching string quartets. Keller described himself as having ‘grown up inside the string quartet’, and considered chamber music the most important form of music-making – in which composers address themselves primarily to fellow musicians, and players can be at their most individually creative.

The Guildhall created their chamber fellowships in 2018, in order to provide young professional groups with a base at the School, with expert coaching and support, performance opportunities and a role in the educational life of the School, to inspire current students through performances, workshops and seminars, and help with the transition from student group to professional ensemble.

The current holders of the Hans Keller Chamber Fellowships are the Mithras Trio and the Confluence Quartet: 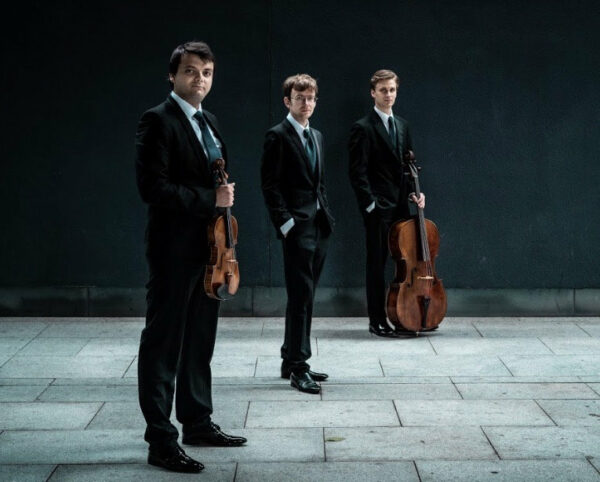 The Mithras Trio was one of the inaugural Hans Keller Chamber Fellows at the Guildhall, taking up their fellowship in September 2021 and the Trust is delighted that this very special ensemble is continuing their fellowship for a second year.  Formed in 2017 while students at the Guildhall, the Mithras Trio shot to international recognition winning first prize at the Trondheim International Chamber Music Competition in 2019. In the same year they also achieved first prizes at the 67th Royal Overseas League Music Competition and Cavatina Intercollegiate Chamber Music Competition, and were recipients of the Royal Philharmonic Society Henderson Award.

Named as BBC Radio 3 New Generation Artists in 2021, they have recorded extensively for BBC Radio 3, as well as giving live broadcast concerts from the Cheltenham, Hay, Ryedale and Belfast International Music festivals. They have performed at many of London’s major venues, including Wigmore Hall, Queen Elizabeth Hall, Purcell Room and Milton Court, and have appeared in concert across Europe and North America.

They are passionate exponents of contemporary music, having worked extensively with Helen Grime and Julian Philips, and have given world premières of works by Pétar Tornyai and Joy Lisney. They recorded their debut album for Linn Records, set for release in Autumn 2023. 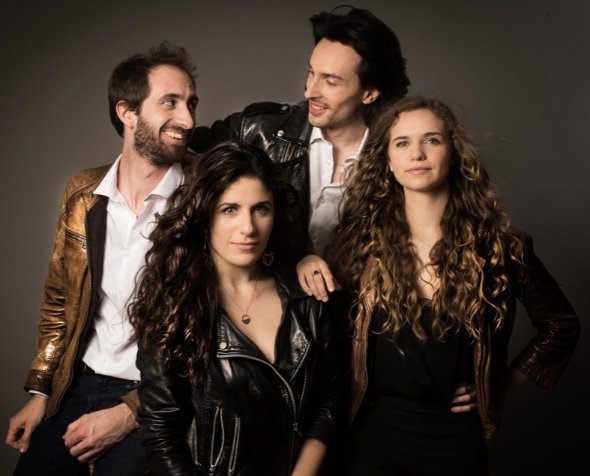 Joining the Mithras Trio for the 2022-23 season is the exciting young Confluence Quartet. Based in Paris, the Confluence is made up of four eclectic young musicians who joined forces in September 2019 to share their passion for the string quartet repertoire — and everything else in life, ranging from ecology, pure intonation, folk music and a particular sense of humour.

In September 2021 they won first prize at the Trondheim International String Quartet Competition, as well as the Commissioned Work Prize, the Audience Prize and the IDAGIO Prize.

In residence at the Singer-Polignac Foundation in Paris, the Confluence Quartet is mentored by Mathieu Herzog, and kindly supported by the Boubo-Music Foundation with fine old Italian instruments. Laureata of the Banquet Popular Foundation, the quartet is also resident at ProQuartet – Centre Européen de Musique de Chamber for the 2022-23 season.

Members of the association ‘Jeune Talents’ for the year 2021-22, the Confluence Quartet has performed in festivals such as the Rencontres Musicales d’Evian, the Jeudis Musical de Royans, and the Cambridge Summer Music Festival, as well as taking part in radio broadcasts like GénérationsFrance musique: le live’.

2021-22 season
The inaugural holders of the Hans Keller Chamber Fellowships were the Consone Quartet and the Mithras Trio.

The first period instrument quartet to be selected as BBC New Generation Artists, the Consone Quartet are fast making a name for themselves with their honest and expressive interpretations of classical and early romantic repertoire. Their debut CD (released in 2018 on the French Ambronay Label) explores music by Haydn and Mendelssohn, and was met with great critical acclaim as a recording ‘that instantly leaps out of the stereo at you as something special’ (The Strad, 2019).

Formed in 2012 at the Royal College of Music in London, the Consone Quartet are winners of the 2016 Royal Over-Seas League Ensemble Prize in London, having previously been awarded two prizes at the 2015 York Early Music International Young Artists Competition, including the EUBO Development Trust Prize and a place on the EEEmerging Scheme in France.

The quartet has been enthusiastically received at London’s Wigmore Hall, King’s Place, St Martin-in-the-Fields and at the Edinburgh, Cheltenham, and King’s Lynn Festivals amongst others. The Brighton and York Early Music Festivals have been loyal Consone supporters over the past few years and regularly host the group.

Keen to enhance their international reputation, the quartet has performed at the Paris Philharmonie String Quartet Biennial and the Lyon Auditorium in France, at the Concertgebouw, Brugge and AMUZ in Belgium, twice at the REMA Showcase, the Concerts d’été à St Germain in Switzerland and at other venues in Italy, Austria, Bulgaria, Slovenia, as well as on tour in Bolivia and Peru.

2021 sees the group returning to the Wigmore Hall, Buxton and Cheltenham Festivals, touring in Japan and the north of England and Scotland, as well as a ‘Consone & Friends’ BBC Radio 3 series from the Dora Stoutzker Hall in Cardiff. The quartet is also curating a new online series of three concerts in barns, entitled ‘Barnstrorming!’. The project is kindly supported by the Continuo Foundation. 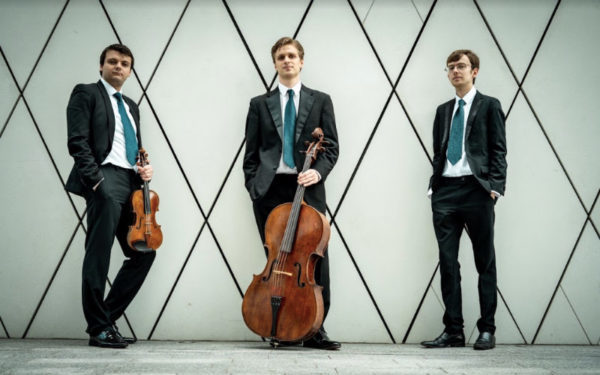 Praised for their ‘exquisite phrasing’, ‘full-blooded commitment’ and ‘bold, passionate colours’, the Mithras Trio is fast growing a reputation as one of the next generation’s most exciting piano trios.

Formed in 2017 at the Guildhall School of Music & Drama, they benefitted from regular tuition with Matthew Jones, Carole Presland and Ursula Smith, and have also received coaching from András Keller, Caroline Palmer, Rolf Hind,

David Dolan and the Endellion String Quartet. They have performed in masterclasses with Ralf Gothóni, Levon Chilingirian, the Takács, Danish and Emerson Quartets, and Alasdair Tait, and have undertaken residencies in Snape Maltings (Suffolk) and at the Schulich School of Music (Montréal) performing to professors including Isabel Charisius, Byørg Lewis, Kyoko Hashimoto and the St. Lawrence String Quartet.

They are passionate exponents of contemporary music, having worked extensively with Helen Grime and Julian Philips, and at the Solti Hall in Budapest they gave the world première of a new piece by Péter Tornyai, who dedicated the work to the Mithras Trio after working with them.

In June 2021 the Mithras Trio were selected as BBC New Generation Artists.