at the Royal Academy of Music

The Cosman Keller Art and Music Trust has been supporting outstanding students at the Royal Academy of Music since 2011. The Hans Keller Scholarship was established in 2013 and is now one of the Academy’s top awards. 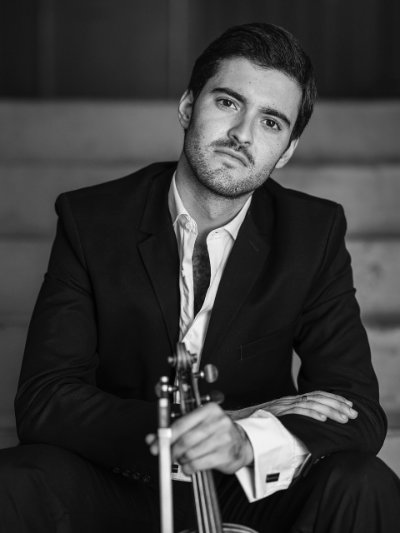 The current holder of the award is violinist Valentín Sánchez Piñero, who began learning the violin at the age of 5 with his parents, both violin professors. He commenced his Master’s studies at the Royal Academy of Music in September 2022, studying with Alexander Redington, having previously studied with professors Keyko Wataya (University of Music of the Basque Country), Reto Kuppel (Nuremberg University of Music) and Natalia Prishepenko (Dresden University of Music).

As an orchestral musician, Valentín has performed with renowned conductors including Valery Gergiev, Philippe Herreweghe, Joanna Mallwitz, Alondra de la Parra and Lütz Köhler, and with orchestras including Collegium Vocale Gent in Belgium, the Mariinsky Orchestra in Russia, the State Theatre Nuremberg, Neubrandenburg Philharmonic, Südwestdeutsche Philharmonie Konstanz and Junge Deutsche Philarmonie. He has performed in concert halls such as the Mariinsky Theatre in St. Petersburg, the Elbphilharmonie Hamburg, the Berliner Philharmonie, the Konzerthaus Berlin, the Leipzig Gewandhaus, the Luxemburg Philharmonie and the Kölner Philharmonie.

Valentín has been a member of the Seville Baroque Orchestra since 2021, and in 2019 was accepted into Live Music Now, with which he has played concerts all over Germany. He was also accepted into the Academy for Orchestral Studies Barenboim-Said, where he received lessons from Axel Wilckoz and Michael Barenboim.

With a keen interest in baroque music, Valentín has played with musicians and ensembles such as Hiro Kurosaki, Shunske Sato, the Academy of Ancient Music, Cecilia Bernardini, Victor Julien-Laferrière, Dorothee Oberlinger, Ryo Terakado and the Bremer Barockorchester. 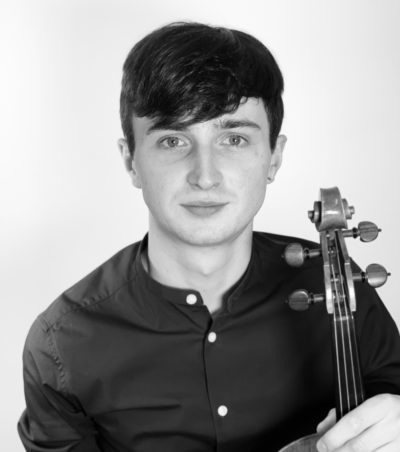 , a Scottish viola and viola d’amore player, held the Hans Keller Scholarship from 2020 to 2022, while completing his postgraduate studies at the Royal College of Music. Performing regularly on both modern and historical instruments, he studied with Paul Silverthorne, Jane Rogers and Rachel Podger.

He was selected as a Scottish Ensemble Young Artist in 2019 and by the Italian baroque orchestra, La Serenissima, as an Emerging Artist in 2020. He is a member of the Salix Quartet, who are currently on the Frost Trust Advanced Specialist Strings Ensemble Training scheme, mentored by Doric Quartet violinists, Alex Redington and Ying Xue.

As an orchestral musician Thomas has recorded with BBC Radio 3 and was principal of the National Youth Orchestra of Scotland Symphony Orchestra, Resonate Orchestra, Ensemble Alba and Edinburgh Youth Orchestra. He has appeared as co-principal of the RAM Symphony Orchestra under Sir Mark Elder and Edward Gardner. He recently joined the Academy Baroque Soloists in the concert series ‘Bach and the Creation of Modern Europe’ directed by Rachel Podger.

His postgraduate studies are also supported by the Sir James Caird Trust who awarded him the Ernest Bloch Prize in 2020. He received a bursary from the Waddell Trust in 2017 and was recently highly commended in the Mica Comberti prize. He completed his bachelors degree at the Royal Conservatoire of Scotland. During his time there he was awarded first prize in the Governors String Prize, Watson Forbes Viola Competition, Mabel Glover String Quartet Competition and highly commended in the Louis Carol Duo Prize. 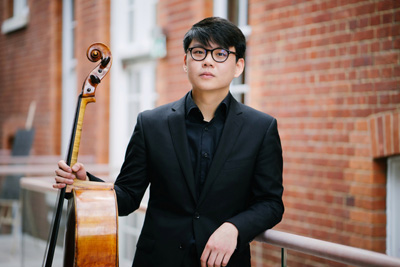 The 2019-20 Hans Keller Scholarship was awarded to cellist Yanyan Lin, who studied for the Advanced Diploma in Performance with Jo Cole and Christoph Richter. He had previously received his Master degree in 2019 from the Royal Academy of Music and his Bachelor degree in 2017 from the Shanghai Conservatoire, where he studied under Professor Li Jiwu.

He has participated in masterclasses with world-renowned artists such as Jian Wang, Steven Isserlis, David Geringas, Colin Carr, Jens-Peter Maintz and Martti Rousi.

Yanyan plays the Prelude from Bach’s Cello Suite No.5, BWV 1011_

The winner of the 2017-18 Hans Keller scholarship was pianist Joseph Havlat. He was born in Hobart, Australia, and studied at the Royal Academy of Music in London from 2012 until 2018, receiving his BMus and MMus with distinction, including awards for exceptional merit in studentship and the highest recital mark for a postgraduate pianist. Joseph has performed in major concert venues around the UK and in Europe, America, Japan and Australia, both as a soloist and as part of chamber groups. In 2019 he was made a Young Artist at St. John’s Smith Square, where he is to give recitals in the 2020/21 season, and he was also awarded the first prize in the keyboard section of the Royal Overseas League Music Competition.

The same year he was also made a Young Artist of the Oxford Lieder Festival, alongside fellow Australian, mezzo-soprano Lotte Betts-Dean, with whom he works regularly in both standard and contemporary Classical spheres. He is a keen sock enthusiast and chamber musician, performing frequently with multiple other groups – Tritium (clarinet) trio, Trio Derazey and the two-piano Duo Ex Libris, as well as frequently collaborating in many other chamber music scenarios. He is also a member of the LSO percussion ensemble, with whom he has released a CD on the LSO Live label, including the premiere recording of John Adams’ two-piano work ‘Roll Over Beethoven’. Passionate about modern and contemporary music, he is a founding member and original artistic director of the contemporary music collective Ensemble x.y. During his time studying he gave performances of concertos by Ligeti, Messiaen, Stravinsky and others, which has led him to collaborate with such composers as Michael Finnissy, Sir Harrison Birtwistle, Gerald Barry and Thomas Larcher. He is also an avid composer, having written for the aforementioned ensembles, and views his compositional work as intrinsic to his musical development and his most important form of artistic expression. Current post-Covid projects include the performance and subsequent recording of all Finnissy’s piano concertos with conductor Jack Sheen, a short album of piano music by William Marsey, and the writing of a song cycle on texts of Australian poet Gwen Harwood. In real life he enjoys playing and watching cricket, hiking, playing video games and producing music of questionable artistic quality with his three siblings. 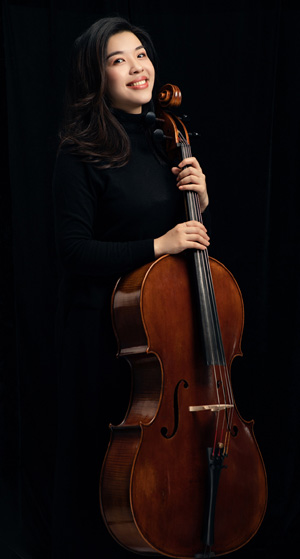 Cellist Jingzhuo Zhang held the Hans Keller Scholarship for four years, from 2013 to 2017. Born in 1993, she moved to Shanghai at the age of nine to study with Professors Xinhua Ma and Meijuan Liu at the Middle School affiliated to the Shanghai Conservatory of Music. In 2005 she received the ‘Future Star’ award at Jingmao Concert Hall in Shanghai, and in 2011 she won the National Chamber Music Competition. She moved to the UK in 2012, having won a full scholarship to study for her BMus degree at the Royal Academy of Music in London, studying under Jo Cole, Head of Strings. As well as the Hans Keller Scholarship, she was the winner of the Douglas Cameron Prize, the Wilfrid Parry Prize, the North London Festival String Competition, the Florence Hooton Concerto Prize, the Harold Craxton Prize and the May Mukle Prize. She has participated in masterclasses with Colin Carr, Sung-Won Yang, Mario Brunello and Robert Cohen.

Jingzhuo is also an active orchestral player. During her first year at the Academy she played as Principal Cellist in the Academy String Orchestra, and she was also Principal Cellist of the Academy Symphony Orchestra, working with major international conductors including Edward Gardner and Semyon Bychkov. In 2011 she played as the youngest principal cellist in the Asian Youth Orchestra, and in 2014 she was Associate Principal Cello in the Schleswig- Holstein Music Festival under Christoph Eschenbach. During her time at the Royal Academy of Music, Jingzhuo was also a member of the elite Academy Soloists, directed by Clio Gould.