‘Hans Keller knows more about the string quartet, and understands it better, than anybody alive, composers and players included.’

HANS KELLER was a musician, writer and broadcaster who became a dominant voice in the British musical scene in the forty years between the end of the second world war and his death in 1985. Born in Vienna in 1919, and brought up in a highly cultured Jewish family, he fled Austria for England after being imprisoned during the November pogrom in 1938 – the events of which he later described in an unforgettable contribution to the Radio 4 programme The Time of my Life. After nine months in internment in 1940-41, he became intensely involved in psychoanalytical research, which informed his writing for the rest of his life.

A chance hearing of Benjamin Britten’s new opera Peter Grimes in 1945 set Keller on a new path as a writer on music, provoked initially by the psychological interest both of the work itself and its reception, as well as his admiration for Britten’s genius and for Peter Pears’ performance in the title role. From the start Keller set out to challenge conventional opinion and defend artistic originality and integrity – often in highly polemical terms, which seemed at times almost wilfully antagonistic. In 1949 he joined Donald Mitchell as co-editor of the outspoken little journal Music Survey, where they conducted a robust defence of the composers they considered unjustly criticised, Britten and Schoenberg in particular. At the same time, Keller wrote for many other publications, producing seminal studies of composers as diverse as Stravinsky, Gershwin, Elgar and Mozart, as well as regular columns on contemporary music and a considerable amount of pioneering film music criticism.

He began broadcasting for the BBC in 1956, at which point he devised a new form of wordless musical analysis (‘Functional Analysis’) for radio, several examples of which were broadcast over the following years. In 1958 he began teaching at the Dartington Summer School, which sparked a lasting concern for music education and a fruitful collaboration with William Glock. After Glock’s appointment as BBC Controller of Music in 1959, Keller joined the BBC’s permanent staff, and over the next 20 years took charge successively of music talks, chamber music, orchestral and choral music, regional symphony orchestras and new music, as well as chairing the group that planned the concert seasons of the European Broadcasting Union.

By the 1970s Keller was the BBC’s most prolific and recognisable broadcaster on music. Through his broadcasting, his writing, his teaching and his many close friendships with composers and performers, he exerted an enormous influence on British musical life. ‘He taught a whole generation of us,’ wrote the composer Hugh Wood: ‘only a lucky few of us formally, the rest by this process of friendly, undogmatic osmosis of a remarkable personality into one’s own.’ Although often pugnacious in print, he was warmly gregarious and witty in person. He took endless trouble on behalf of his students, and composers and performers flocked to him for inspiration and advice.

He left the BBC in 1979 and devoted his retirement to writing and teaching, including coaching string quartets at the Guildhall School of Music & Drama and the Yehudi Menuhin School, where he relished the opportunity to guide gifted young performers from the beginning of their chamber musical lives. He died in 1985 from motor neurone disease, whose symptoms he characteristically ignored, continuing to write and teach until the day before his death. 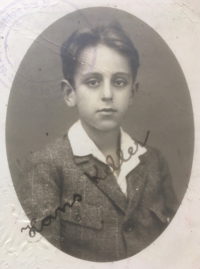 Hans Keller a boy in Vienna 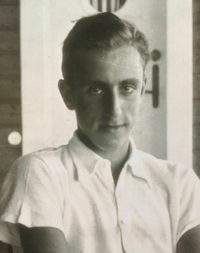 Hans Keller in 1937, a few months before the Anschluss 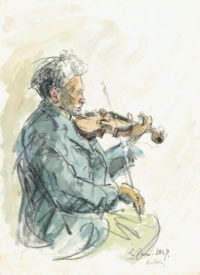 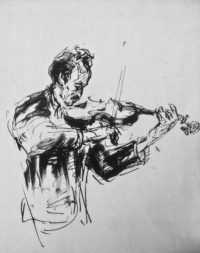 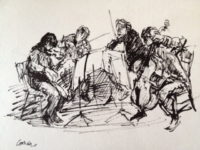 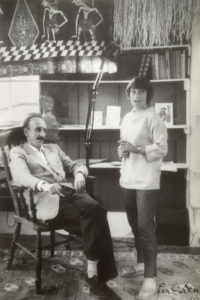 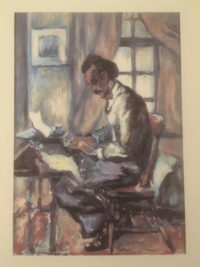 At the typewriter, portrait by Milein Cosman 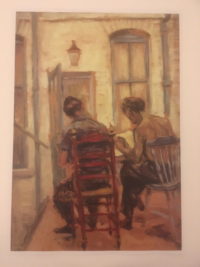 With students at the Dartington Summer School of Music (photo: Catherine Scudamore) 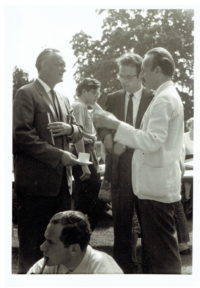 With William Glock in 1959, the year they both joined the BBC (photo: Catherine Scudamore)

On the jury of the 1966 Leeds Piano Competition

At a meeting of the European Broadcasting Union 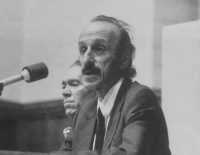 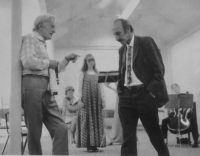 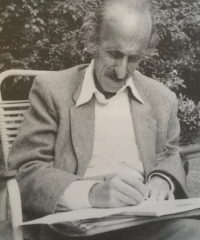 Writing in the garden at home in Hampstead (photo: Milein Cosman) 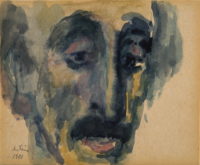 Hans Keller, portrait painted after his death by Milein Cosman