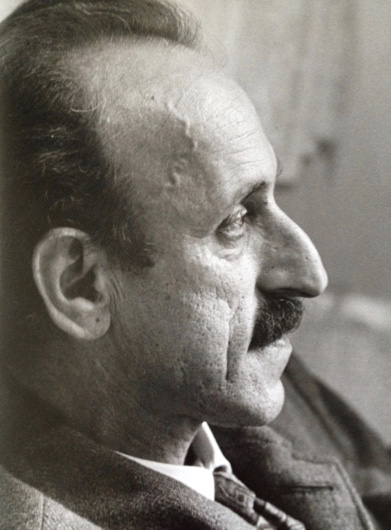 Hans Keller was a dominant figure in British musical life for much of the second half of the twentieth century. The centenary of his birth in 2019 provided an opportunity to celebrate and examine his legacy for musicians today.

.
‘If there is any point in an anniversary at all (victimisation by over-exposure apart), it is a momentary pause: we stop at the traffic lights to reflect, for a moment, upon where we are going. Or rather, we know where we’re going, or think we know, but we think about what it means – perhaps even about what it means to have got that far.’ 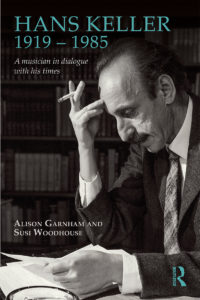 The beginning of 2019 saw the publication by Routledge of the first full biography of Hans Keller, to mark his centenary year. Its authors, Alison Garnham and Susi Woodhouse, were invited to launch the book at the Guildhall School of Music and Drama, where Keller had taught in his later years. Evan Rothstein, Deputy Head of Strings, organised an event as part of the Guildhall’s Research Works series, in which Alison and Susi were joined by a string quartet of Guildhall students and Fellows to examine Keller’s writings on Haydn’s string quartets.

Keller always described himself as having ‘grown up inside the string quartet’, specifically the Adler Quartet in inter-war Vienna, whose ‘full-blooded, passionate Musikantentum’ and ‘ever-spontaneous, ever-inspired, ever-varied and ever-new interpretations’ laid the foundations of his musical understanding. In his coaching of young players at the Guildhall, Keller returned repeatedly to the Haydn quartets – to which, he insisted, ‘every innovation between him and now can be specifically traced back.’ 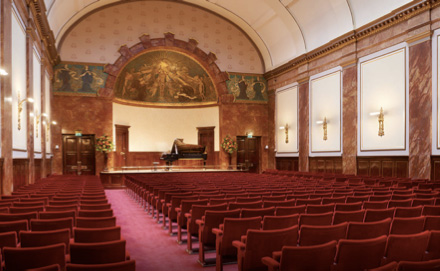 Given the string quartet’s central place in Keller’s heart, it was appropriate that a major celebration of his centenary should be hosted by London’s premier chamber music concert hall, the iconic Wigmore Hall – which Keller himself frequently attended, where his Memorial Concert was held in 1986, and where an exhibition of Milein Cosman’s drawings of musicians is on permanent view.

On 9 March, the Wigmore Hall hosted a four-part study-day, film-showing and concert in honour of Keller. In the morning, after an introductory lecture by biographer Alison Garnham, Julian Hogg, Keller’s friend, colleague and amanuensis, discussed Keller as musician and thinker with a panel of musicians who had known him: Hugh Wood, Bayan Northcott, Jane Gillie and Christopher Hailey.

The first part of the afternoon consisted of a music workshop, introducing Functional Analysis, the wordless form of analysis Keller devised in the 1950s to demonstrate ‘the unity of contrasting themes’ within a single work. The Accendo Quartet, with Levon Chilingirian and Keller’s literary executor Christopher Wintle, presented and then discussed with the audience Keller’s first Functional Analysis score, analysing Mozart’s Quartet in D minor K.421. The Accendo Quartet (Juliette Roos, Sabin Sargejeva, Alex McFarlane & Daniel Benn) studied at the Guildhall School of Music & Drama, where Keller taught in the 1980s and Levon Chilingirian teaches now. The Chilingirian Quartet were themselves coached by Hans Keller in the 1970s.

The second part of the afternoon featured a rare screening of a documentary film first shown on Channel 4 in 1986. The film was made by the clarinettist Anton Weinberg, friend and pupil of Hans Keller, and offers a personal view of Keller at the end of his life. The film includes the last television interview with Keller, recorded shortly before his death, and also commentary from many distinguished musicians. The film was specially remastered for the centenary, and its screening at the Wigmore was introduced by Anton Weinberg in person. The remastered film can be viewed here:

In the evening, the Elias String Quartet gave a concert of quartets by Mozart, Britten and Beethoven. Opening the concert was Mozart’s K.421, Keller’s analysis of which had featured in the Functional Analysis workshop earlier in the day. This was paired with Britten’s Second Quartet, written in 1945, the year the young Hans Keller first discovered Britten’s music: an event that transformed the young psychologist (as he then was) into a writer on music. One of his first major articles was the controversial ‘Britten and Mozart’, which analysed striking similarities in the two composers’ creative characters.

After the interval, the Elias Quartet performed one of Beethoven’s last and most searching contributions to the medium, the quartet in B flat, Op.130, on which Keller wrote and lectured many times in his later years.

In 1981 Yehudi Menuhin asked Hans Keller to take charge of the string quartet teaching at the Menuhin School. This was a particularly happy association and Keller relished the opportunity to guide young musicians from the beginning of their chamber-musical lives. When teaching older students at music colleges, he found himself having to ‘cure them of their A-levels’, but with the young students at the Menuhin School he found ‘a quality for which I have waited all my life’.

For Keller’s centenary, the School mounted a showcase concert in the Menuhin Hall, preceded by a workshop in which the School’s Music Director, Òscar Colomina i Bosch and Professor of Improvisation David Dolan, together with Alison Garnham and a Menuhin School student quartet, showed how Keller’s analytical methods inform their approach to performance.

‘Music should be taught as religion was taught in a less secular age – as the life-giving centre of life, and also as revealer of a level of life of which, without it, we’d know nothing.’

On what would have been Hans Keller’s 100th birthday, the Belcea Quartet performed Britten’s Third String Quartet, which Britten dedicated to Hans Keller, alongside Op.76 No.2 by Haydn, whose quartets both Britten and Keller revered. ‘Hans Keller knows more about the string quartet, and understands it better, than anybody alive,’ said Britten, whom Keller in turn hailed as ‘the greatest composer alive’. Keller felt the string quartet as a medium was in crisis in the twentieth century, and he pressed Britten repeatedly to rescue it: ‘the literature needs you, and so do its players’. The Third Quartet, when it finally came in 1976, fulfilled all his hopes: ‘a stunningly novel answer to my lifelong preoccupations with quartet and sonata’.

The Belcea Quartet’s wonderful performance of this work that was so special to Hans Keller was broadcast live on BBC Radio 3.

Also on Keller’s 100th birthday, a reception was held in his honour at the Austrian Embassy. Once again the music combined Haydn and Britten: Kieran Carrel and Roger Vignoles performed Britten’s Winter Words and the Salomé Quartet played Haydn’s ‘Bird’ Quartet, Op.33 No.3. Moving speeches were given by Katalin-Tuende Huber of the Austrian Cultural Forum, and Christopher Wintle of The Cosman Keller Art & Music Trust.

Hans Keller was a senior member of staff at the BBC for 20 years, during which time he was in charge successively of music talks, chamber music, orchestral and choral music, regional symphony orchestras and new music. He was also a prolific broadcaster whose distinctive voice was instantly recognisable to regular listeners to Radio 3.

As well as broadcasting the birthday concert from the Wigmore Hall, Radio 3 recalled Hans Keller in a centenary edition of Music Matters. https://www.bbc.co.uk/programmes/m00035k8 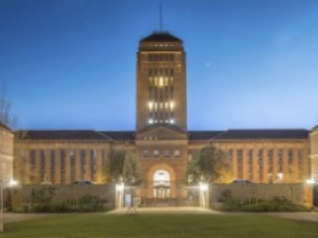 On the Saturday after Keller’s 100th birthday, celebrations moved to Cambridge, where the University Library is home to the Hans Keller Archive. On 16 March the University Library joined with the Faculty of Music and Clare Hall to present a three-centre exploration of Keller’s legacy. It marked the end of a four-year research project at Cambridge undertaken by the current archivist of the Keller Archive, Susi Woodhouse, and its original archivist, Alison Garnham, both to catalogue and make fully available this vast archive, and to write a new biography of Keller. Their book presents Keller ‘in dialogue with his times’, situating Keller’s thought within the history of British musical life in the second half of the twentieth century, and including many revealing new documents.

The day opened with a presentation by Susi Woodhouse in which she explored the riches of Keller’s extensive and eclectic archive, ranging from functional analysis scores to football memorabilia, and including extensive correspondence with many great musicians.

In the evening, events moved to Clare Hall, where Alison Garnham and Malcolm Singer (former Music Director of the Menuhin School, who taught there when Keller was on the staff) introduced Keller as a musical thinker, after which the violinist Levon Chilingirian and pianist David Dolan worked with a student quartet on Mozart’s String Quartet K.421, presenting Keller’s Functional Analysis of the work and their own creative response – revealing Keller’s impact beyond his own time. To coincide with Keller’s Centenary, Clare Hall also mounted an exhibition of the art of Milein Cosman, who during her long life drew many of the leading cultural figures of the twentieth century. This was the second exhibition of Cosman’s art to be hosted by Clare Hall, and it presented some of her most renowned images of musicians, writers and artists, including several of her husband, Hans Keller. 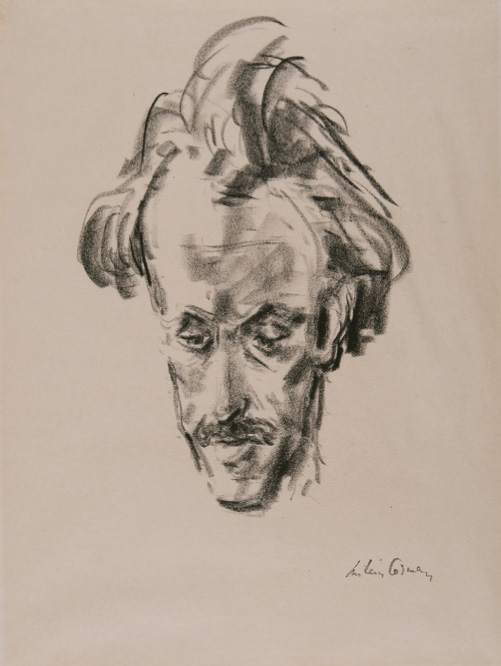 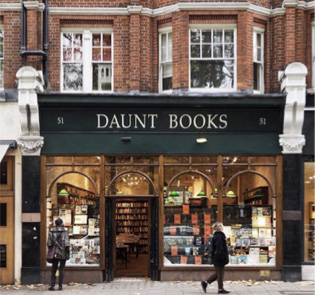 Hans Keller and Milein Cosman lived in Hampstead throughout their life together, and are still affectionately remembered there. To mark Keller’s centenary and the publication of new biographies of both Keller and Cosman, Daunt Books organised an event featuring Alison Garnham and Ines Schlenker in conversation with Philippe Sands, the human rights lawyer and author who now lives in Keller and Cosman’s former home in Willow Road, Hampstead. 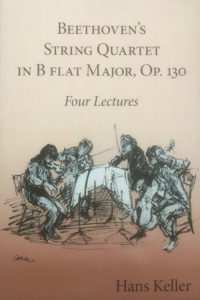 Hans Keller’s musical lectures and broadcasts were legendary. Always speaking without notes (‘I regard it as an act of arrogance to address an audience without having what you want to say fully inside you’), he had the ability to communicate profound musical insights both to ordinary music lovers and the most distinguished of professional colleagues.

To mark Keller’s centenary, Plumbago Books published a handsome edition of Keller’s famous four-lecture analysis of Beethoven’s Quartet Op.130, first delivered at Leeds University (with the Aeolian Quartet playing the music examples live as Keller spoke) and broadcast repeatedly on Radio 3. The book was launched at a special evening organised by Christopher Wintle at the Austrian Cultural Forum on 29 October. 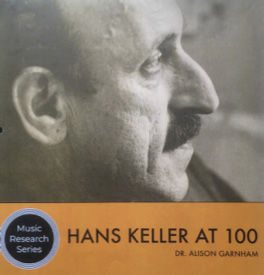 Hans Keller had a long association with Goldsmiths’ College, from his lectures to the Evening Department in the early 1960s, to his postgraduate courses on aesthetics and criticism in the 1970s, and on musical analysis in the 1980s.

Keller’s forty years as a writer on music spanned enormous changes in the study of music, which have only accelerated since his death. For Keller’s centenary, Goldsmiths’ Music Research Series invited Alison Garnham to examine Keller’s thought against the background of the musical developments of 1945-85, and to explore what his legacy might be for our own changing times. 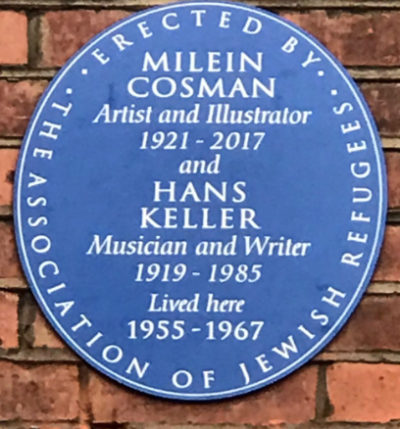 The final event of Hans Keller’s centenary year was the unveiling of a memorial plaque on the first house that he and Milein Cosman bought together in Hampstead’s Willow Road. They lived there from 1955 until 1967, when they moved round the corner to Frognal Gardens, at which point Keller’s mother came to live in the Willow Road house.

The plaque was erected by the Association of Jewish Refugees and unveiled by its chief executive Michael Newman, in the presence of Keller’s niece Ena Blyth, the Austrian Ambassador Michael Zimmerman, the head of the German Embassy’s cultural section, Dr Ralf Teepe, and many friends of Keller and Cosman. Afterwards a reception was held by the house’s current owners Philippe Sands and Natalia Schiffrin. 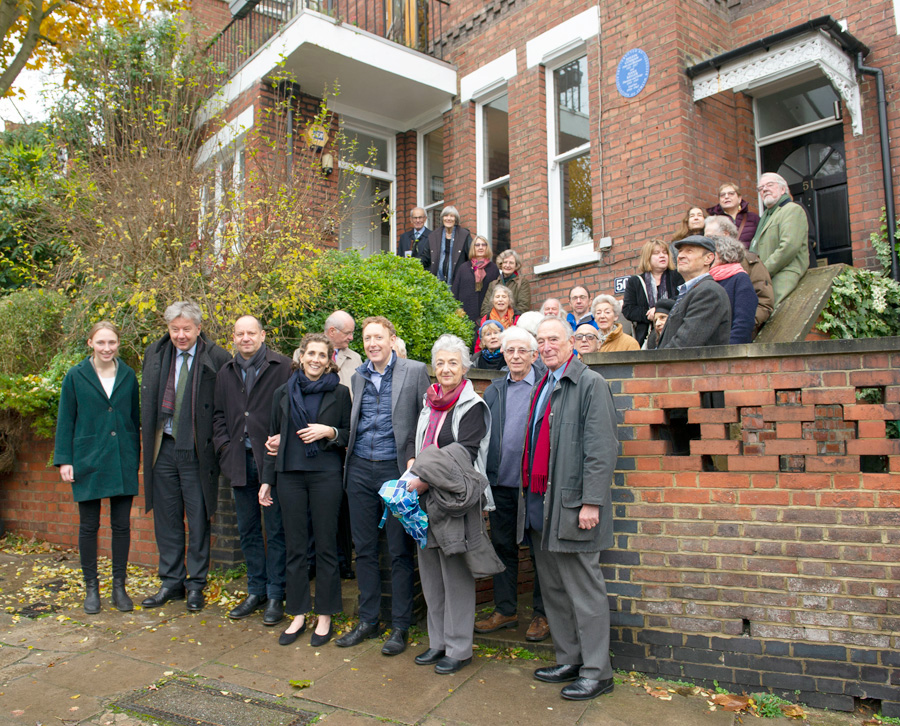