‘Drawings such as Milein Cosman’s are … more than the sum of a talent for acute observation and an exceptional visual memory. To present a ‘living, speaking image’ of a human being requires above all an intuitive capacity for empathy, an inner resonance.’ 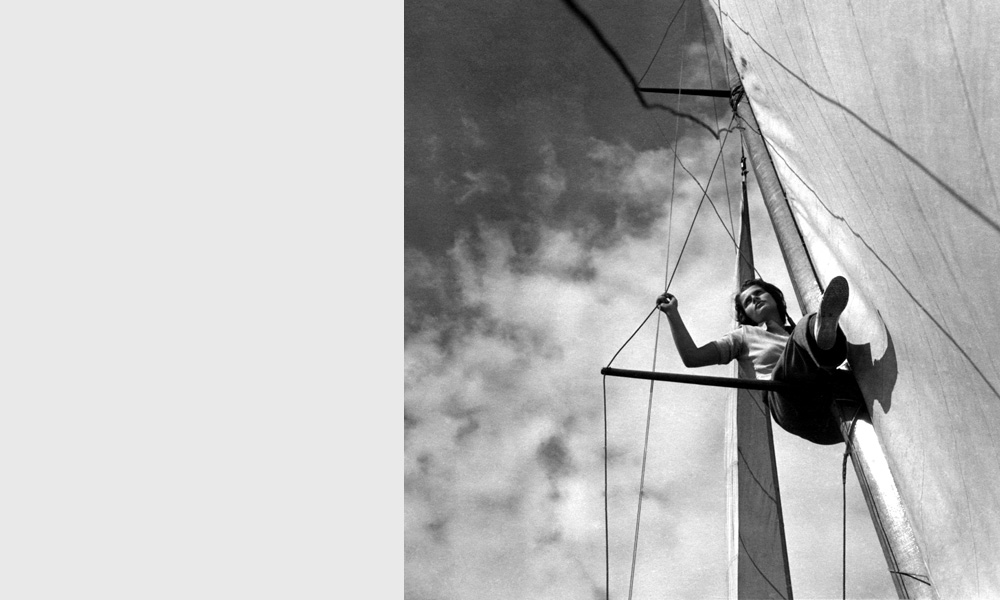 MILEIN COSMAN was a German artist who spent her entire working life in the UK. She was born into a Jewish family, who fled Düsseldorf for Holland in 1938 after the destruction of Kristallnacht, before moving to the UK. There was a connection with Britain through Milein’s brother Cornelius, who was already studying in Glasgow. In 1939 Milein joined the Slade School, which had been evacuated to Oxford. 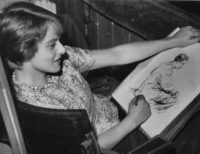 Milein had an infective enthusiasm for life. Her energy seemed all the more remarkable for being contained in such a small person. She described having an obsession with drawing as a child, which sometimes distracted her from schoolwork. Her parents were supportive of her artistic leaning, giving her books about art, beginning with Van Gogh. There were opportunities to travel and see pictures; Milein’s cousin was a curator in The Hague and he showed ‘his future colleague’ prints and drawings by Van Leyden and Rembrandt. In 1937 she was sent away to school in Switzerland to protect her from antisemitism. The school was ‘liberal’ without being advanced in its art teaching, and it was not until her arrival at the Slade that Milein was truly released into the world of art. Milein enjoyed Harold Jones’s instruction in lithography. Another memorable influence was Randolph Schwabe, who had a scholarly interest in the draughtsmanship of the old masters. This encouraged a focus on drawing which, with printmaking in later life, became her speciality. As a student, Milein was highly sociable: many friendships expanded her interest in poetry, music and dance. 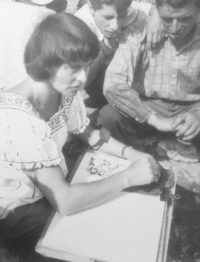 Life was not easy for a German artist in the post-war period. The war naturally depressed the market for art, but Cosman was fortunate in having a remarkable talent for drawing. In London, newspapers and magazines had not yet moved over irrevocably to photography in place of drawing. Illustrations were still created by artists because it was understood that ‘Good drawing always goes beyond appearances’ (Philip Rawson, Seeing Through Drawing, 1979). In 1946, Cosman began making drawings of musicians for the BBC’s Radio Times magazine. In 1947, she went to draw at the first Edinburgh Festival, meeting her future husband, the Austrian musician Hans Keller. Their very happy life together brought her remarkable opportunities, drawing so many of the greatest figures of the London musical stage. 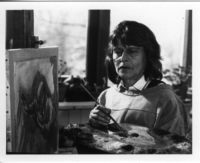 The main arena in which Cosman’s work was shown was the world of music and its publications, including a number of important books by her husband Keller which she illustrated. Late in life, she was recognised by exhibitions in her home town of Düsseldorf (1988), and her birthplace, Gotha (2014). Her work is in many public collections, including the British Museum, the Royal College of Music Museum, the National Portrait Gallery, the Ashmolean Museum and the Hunterian Museum. 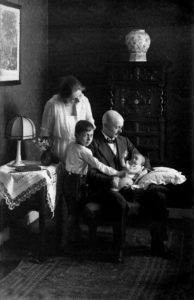 Newborn Milein Cosman with her parents, Leni and Hugo Cosmann, and brother Cornelius 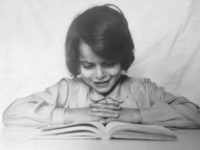 Milein Cosman as a child 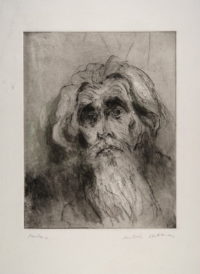 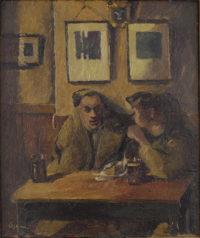 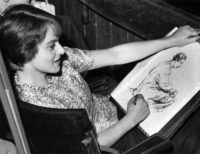 Drawing Peter Ustinov at the Edinburgh Festival in 1949 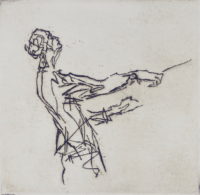 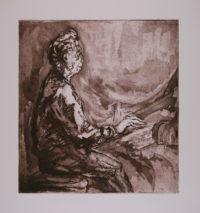 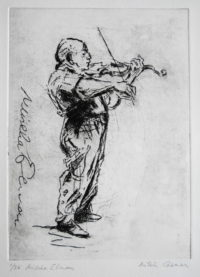 Drawing on holiday in Sarajevo, 1959 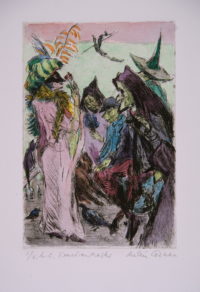 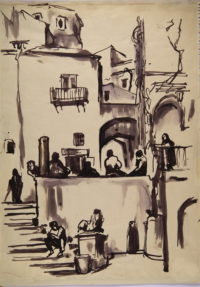 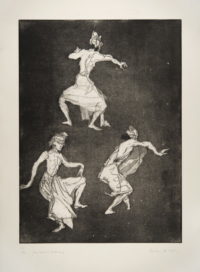 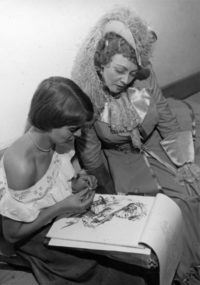 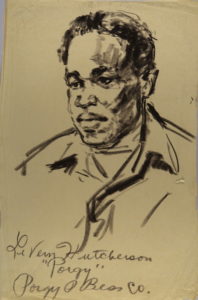 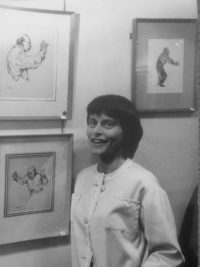 At an exhibition with some of her drawings of Stravinsky 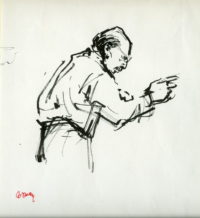 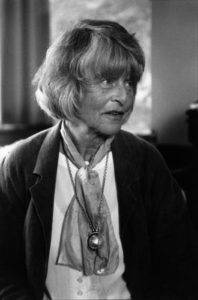